It’s official now, we signed a partnership agreement with Extreme Management Group (EMG), home to bands like Suffocation, Cattle Decapitation, Rings of Saturn and more. Make sure to read our official press statement:

HEATHEN FORAY began their journey with the ambition to blend the heaviness of death metal with lighthearted and catchy melodies that will stay in your mind long after you heard them. This authentic mix, seasoned with folk music elements, paid off, as the band’s sing-along themes and skull splitting riffs earned them a following of underground metal fans and media tastemakers.

Whereas other bands in the general vicinity of this genre mix tend to dress up in medieval clothing or play Vikings on stage, HEATHEN FORAY made a clear statement that their kinship with the Pagan ways is a modern interpretation of them. What else is a modern Pagan than an activist for a cleaner environment, sustainable living, and social solidarity? This led to their music often being described as “Neo-Pagan-Metal” and their songs being, especially on their later releases, advocates against climate-change and oppression.

Metal Storm embraced the bands’ debut album The Passage with statements like “I listened to the first track … my jaw nearly dropped”. Various other media outlets awarded the band “Best Austrian Newcomer 2009” and nominations as “Best Folk/Pagan-Album 2009” along such genre titans as Ensiferum, Tyr and Korpiklaani.

Driven by the success of their debut album, the band released a follow up the next year. Media calling it “Pagan Metal in the best possible way” made Armored Bards a huge success for the band and got the band touring with genre greats like Ensiferum, Equilibrium and Black Messiah and earned them yet again nominations as “Best Folk/Pagan-Album 2010”.

After releasing their third album Inner Force in 2013, and diving from one tour into another, the band found a new home with Massacre Records. “Into Battle” hit stores in 2015 and is one of the band’s most successful records to date as songs like Fight and Silence will testify to.

Weltenwandel, their latest full-length offering to their fans, took a darker turn as the quintet’s hope for world-wide economic and environmental changes slowly started to fade as can be heard on pieces like Verfall and Tanz. Legacy magazine identified that “the new record underlines the natural maturation process of a special band” and Metal Temple awed in the splendor of this all German lyrics album with “The music becomes your guide…it’s really rewarding”.

While Amon Amarth and melodic death metal cultists like Children of Bodom and Insomnium are kindred spirits vocally, front man Robert Schroll draws his lyrical inspiration from his disgust with the late-stage-capitalism world we live in. Lyrics, for him, are a poetic artform that allows him to express the band’s united ideals on climate change, sustainability, exploitation, solidarity, and the fading connection of today’s society with nature. On early albums often telling an allegorical story, he has taken to addressing his misgivings, and the obvious carnage in the world, more candidly in later releases, the songs often being called “Soundtrack to Fridays for Future” by fans as Robert’s lyrics took on a more aggressive stance towards the agents of the engineered apocalypse.

Founder and guitarist Juergen Brueder has been the driving force behind the band’s aspirations since the very beginning. Sometimes overwhelming the other members with creative ideas and at other times the voice of reason, he has produced all the band’s records and guides every piece of music the band writes into its proven “Amon Amarth meets Blind Guardian” formular. Drummer Puma is named after an apex predator; it would be an easy joke and a severe understatement to say that his namesake gives him the ability to strike the drums just like a Puma slays his prey.

Brothers Max and Alex Wildinger, respectively playing bass and guitar, embraced the bands philosophy as well and live meat-free and as sustainable as possible while contributing, through their roots in classic heavy-metal and rock, most of the power metal spirit that can be heard in so many of the band’s creations. It is not by accident that the band’s rhythms are so tight and locked-in as the brothers have been performing together since their early childhood. Both seem to adjust to the other’s musical needs instinctively and it shows in every driving bassline and earth-shattering riff.

Through the years, all of them have become close friends. They are united in their shared belief for a better world and a responsible relationship to nature. Even though their musical essence can be somber at times, all the guys are fun loving and easygoing in everyday life.

HEATHEN FORAY’s sense of humor shows in their latest single-release. A cover version, that was infused with the band’s unmistakable DNA, of the Austrian hit folk song “Steirermen San Very Good” by “Die Stoakogler”. A mocking of the Austrian mainstream’s archaic views on society.

Combining death metal, power metal and spades full of folk influences, to create an original artistic identity of their own, HEATHEN FORAY secured a place in the golden halls of heavy metal in closer proximity to the all-time greats than characterless copies. HEATHEN FORAY represents authenticity in their heroic battle for heavy music, nature, and the society we live in.

Now, having inked a worldwide deal with Extreme Management Group (EMG), the band says: “With EMG and Scott, it immediately clicked. We felt right at home! With this powerhouse of a team, we will bring our heathen foray to more fans than ever before. Prost!” EMG said, “We are thrilled to be working with Heathen Foray and look forward to a great partnership!”

We are a Pagan Metal band from Austria. We are known for catchy melodies, skull splitting riffs and have played with bands like Ensiferum, Equilibirum, Eluveitie and Korpiklaani and toured Europe four times. We have returned from a 5-year long hiatus with our 5th studio album Weltenwandel.
Social media
Latest album 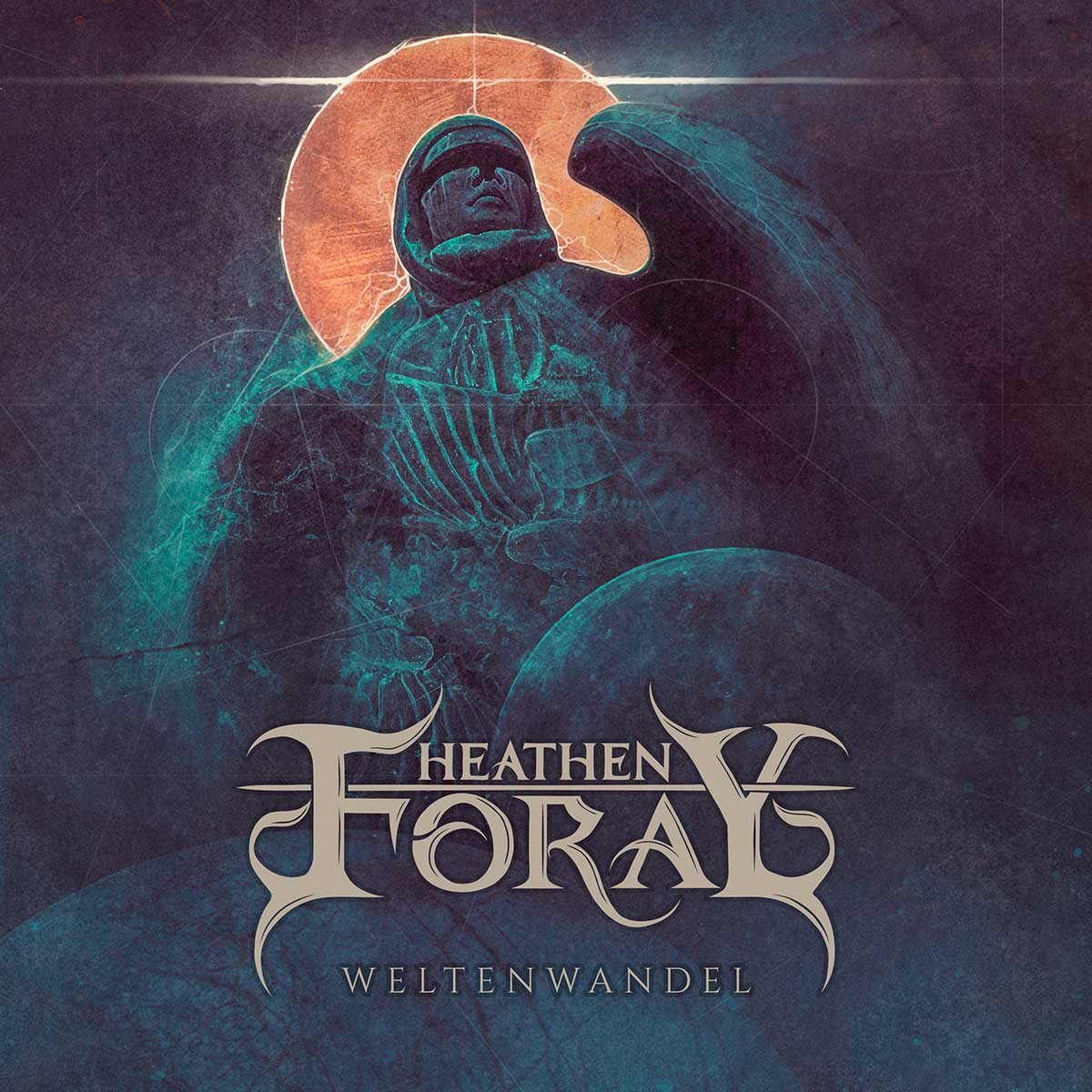 Go to our electronic press kit